The U.S. Small Business Administration (SBA) updated its Table of Small Business Size Standards adopting the Office of Management and Budget’s 2017 revision of the North American Industry Classification System (NAICS) effective October 1, 2017. The revised NAICS Codes and their corresponding size standards will be available in SAM for use in entity registrations starting October 7, 2017. The updated table of size standards is available now on SBA’s website at www.sba.gov/size.

Ode to the NAICS Code

A fundamental building block of your company’s government contracting existence. The NAICS codes define you, quite literally, by associating your offerings with a certain segment of the universe of products and services sold in North America.    Then why are they so difficult to get right?

According to the U.S. Census Bureau, NAICS, or “North American Industrial Classification System”, is the standard used by Federal statistical agencies in classifying business establishments for the purpose of collecting, analyzing, and publishing statistical data related to the U.S. business economy. NAICS was developed under the auspices of the Office of Management and Budget (OMB), and adopted in 1997 to replace the Standard Industrial Classification (SIC) system. It was developed jointly by the U.S. Economic Classification Policy Committee (ECPC), Statistics Canada, and Mexico’s Instituto Nacional de Estadistica y Geografia  to allow for a high level of comparability in business statistics among the North American countries.

As of February 2016, there are 1045 active NAICS codes.  536 of them refer to services (from banking to industrial launderers to fur-bearing animal production), 509 refer to wholesalers and manufacturers (from music stores to dental labs to fasteners/buttons/needles).

And there must be one out there that perfectly describes you, and if you find it, everything is smooth sailing…

So here are some best practices for figuring out what your NAICS codes should be.

When you searched procurement history, you probably came across NAICS Codes that did not make sense. I have found “frozen foods” purchases coded as IT services. I recently even ran across a Piano purchase that was coded as an armored vehicle (Contract # VA24416F6918 if you want to see for yourself).  There are 2 things you need to think about: why does that happen, and what do you need to do about it.

First, Why, oh why, do NAICS codes used by my customers make no sense to me?

Let’s say there’s a $20 million dollar business that has been doing great work and when the contract comes up for recompete, the government customer wants the company to be included in the competition – have a chance to win the work.  Would the government ever put that procurement, if it’s a small business set-aside, under a NAICS code where the small business threshold is $6M? No, because that would preclude them from competing altogether.

So what do you do? Stay calm and do research.  When you are searching for opportunities and past awards, use a variety of search cirteria – keywords, agencies, vendors, not just NAICS, because if that’s the only criteria – it will be both too broad, and at the same time, too limiting as you are likely to miss good opportunities.

Virginia PTAC (and our nationwide colleagues) are happy to welcome you to government contracting. We will do our best to help you succeed at selling to state, local, and federal agencies.

Some businesses, however, aren’t ready for government contracting, and your meeting with a PTAC counselor, or your attendance at a class can be frustrating, overwhelming, and (let’s be honest), disappointing.

So let’s get this secret out of the bag: PTAC is not intended to help you start a business. That’s outside our mission, that’s something our grant funder (Department of Defense) specifically frowns upon, and that’s the kind of assistance we recommend you seek from our resource partners, such as the Small Business Development Centers, Women’s Business Centers, Veterans Business Outreach Centers, and SCORE.

In fact, before you meet with a PTAC counselor or attend even our introductory “Basic Training” class, we recommend that your company obtains:

Legal Requirements (for any business)

PTAC Counselors won’t usually ask to look at your documentation, unless they’re helping you submit a certification that requires above-mentioned paperwork.  However, in order to start registering as a vendor to any government entity, businesses must meet certain basic requirements.  If you are sure that you are going to pursue government work, get these out of the way.  And as far as the Business Plan – again, while we don’t require written proof that you created one for your business, we do want to ascertain that you are serious, that you have considered the pros and cons and financials and business structure and have a plan.  We will absolutely help you refine it, give you a reality check, and assist with a proof of concept; but if you’re not serious about your business, there really isn’t much we can do to overcome that.

This is a bit more of a chicken-and-egg category.  Yes, we can help you figure out all of these codes and numbers and what you should select.  However, the best advice at the outset is that you try to identify the codes that apply to your business. Attempt to get a DUNS number. See if you can register in SAM.  If you get those steps out of the way without a snag, then your meeting with your counselor can cover more in-depth, “next step” material.  And if you do have questions or run into technical difficulties, that’s absolutely an area where a counselor’s perspective will be invaluable.  (Hint: make sure the physical address for your Tax ID, DUNS, and SAM is *identical* down to the letter and abbreviation).

You and your counselor should review your registrations during your session, and we will have some insight into additional / related / adjacent codes to consider.  You’ll hear tips and tricks in classes.  We’ll explain the purpose and utilization of all of these by your target customers. And we’ll give you next steps, like competitive and customer analysis, DSBS profile creation (and much more!) — built on the foundation of the basics you have completed.  There’s a lot more to government contracting, so the sooner we get these “pre-requisites” out of the way, the sooner we can do some real work. 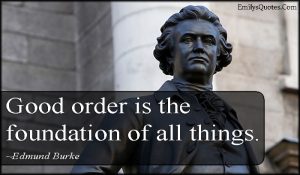